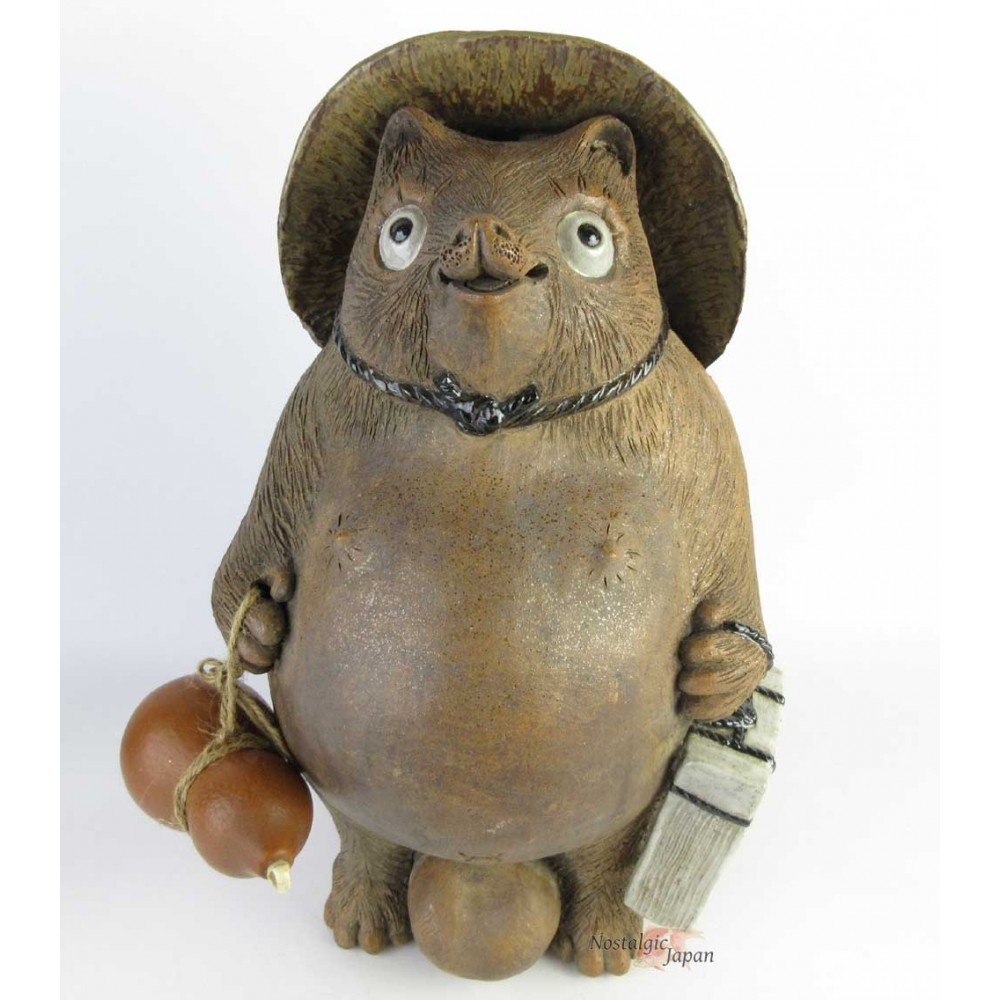 Notify me when available

The Japanese raccoon dog (Nyctereutes procyonoides viverrinus), also known as tanuki (狸 or たぬき?) in Japanese, is a subspecies of the Asian raccoon dog.

Researchers[who?] have suggested that they be considered a separate species, N. viverrinus, or that raccoon dogs of Japan could be further divisible into separate subspecies as N. p. procyonoides (hondo-tanuki) and N. p. albus (ezo-tanuki), but both views are controversial.

As the tanuki, the animal has been significant in Japanese folklore since ancient times. The legendary tanuki is reputed to be mischievous and jolly, a master of disguise and shapeshifting, but somewhat gullible and absentminded. It is also a common theme in Japanese art, especially statuary.

"Tanuki" is often mistakenly translated into English as "badger" or "raccoon" (as used in the US version of the movie Pom Poko, and outlined in Tom Robbins' book Villa Incognito), two unrelated types of animals with superficially similar appearances. Traditionally, different areas of Japan had different names for raccoon dogs as animals, which would be used to denote different animals in other parts of the country, including badgers and wild cats; however, the official word in the standard Tokyo dialect is now "tanuki", a term that also carries the folkloric significance.

The tanuki is holding an old-fashioned account book (It's meaning confidence and trust in Japan) and a sake bottle(sake bottle in japanese = tokkuri （徳利）→徳(toku)=a virtue).

3 other products in the same category: